Cooperating with hundreds of museums, cultural institutions and archives, Google is using its Cultural Institute project to make available all major works of the world’s cultural heritage to all, and along with it the limitless potential of that invaluable multinational cultural legacy. The project, which consists of three parts, i.e. Art Project, World Wonders and Historic Moments, offers art lovers around the world the opportunity to take a virtual tour of today’s most popular museums, enabling them to take the closest look possible at their most valuable exhibits. Combining Google’s Street View technology and high-resolution digital scanning, the Google Cultural Institute enables anyone taking these fascinating virtual tours to literally immerse themselves in the most valuable works of world art, savouring their most intricate details.

Since January 2016, this interactive online archive also includes the holdings of the Museum of Arts and Crafts in Zagreb and its users may now take a close look at more than 200 valuable artworks and artefacts held by the Museum. Along with online exhibitions and a selection of high-resolution digital scans of the Museum’s paintings, they will also be able to see the Museum’s permanent collection, its collection of wristwatches and many other of its fascinating treasures.

The so-called “Street View trolley”, a special high-resolution panoramic camera mounted on a trolley, captured 360 degree images of the Museum’s selected galleries which were later integrated to enable a smooth navigation through over the Museum’s 25 areas, including galleries with paintings and the upper floor area housing the Museum’s ceramics collection, along with a collection of watches and works of ivory, metal and textile.

Some of the most significant exhibits that may be seen as part of the featured online exhibitions are the 1815 silver platter, a particularly fine example of English silversmithing inspired by motifs from classical antiquity and showing the triumph of Bacchus and Ariadne, an 18th-century clock commemorating the first flight of the 1783 balloon constructed by the Montgolfier brothers, along with the works of the most distinguished figures in Croatian arts and crafts such as Tomislav Krizman, Antonija Krasnik, Robert Frangeš Mihanović, Raoul Goldoni, Ivo Kerdić, Boris Bućan, Ljubo Babić, Ivan Picelj, Edo Murtić and others.

On the one hand the Google Cultural Institute initiative enables internet users to gain the deepest and most detailed insight into a vast cultural heritage, while on the other hand the tools that are continually being developed as a result of its activities greatly facilitate the online exchange of data in the cultural sector. The initiative is based on a cooperation involving more than 1000 institutions and provides a platform bringing together over 6 million works of art, ranging from old manuscripts over photographs to videos, including many other resources and documents in the field of art, culture and history.

Through its earlier digitisation projects the Museum of Art and Crafts in Zagreb also took part in Partage Plus, an international digitisation project aimed at the bringing together of the entire European heritage from the Art Nouveau period conducted by Europeana. 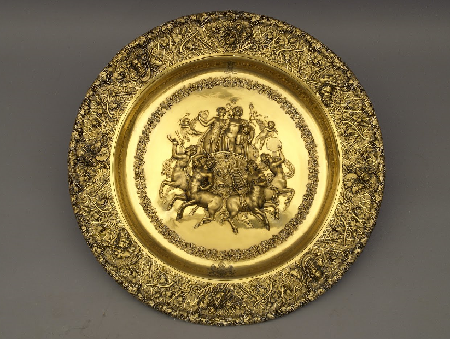