Valuable drawings and prints have constituted a significant part of the holdings of the National and University Library in Zagreb since the foundation of the Library four hundred years ago, while the Print Collection, as a separate organizational unit of the Library, was established in 1919. Apart from being the oldest Croatian collection of this type, the Print Collection of the National and University Library in Zagreb is also the largest print collection in Croatia. In addition to the works by many great names of the Croatian visual arts, the holdings of the Collection include works by numerous leading world artists.

Founders
The NSK Print Collection was established in 1919 by the decision of the Religious Affairs and Education Committee, as a result of which the Collection became part of the University Library. It was first headed by Artur Schneider (1879 – 1946), professor of the history of art at the University of Zagreb and art critic. Besides him, other founders and the first donators to this important national collection of prints and drawings, and other kinds of similar materials, were the painters Ljubo Babić (1890 – 1974), Tomislav Krizman (1882 – 1955) and Menci Clement Crnčić (1865 – 1930). Through their versatile and long artistic activity and work in the field of pedagogy, they left a permanent mark on other artists and created and maintained a vital point of junction for the Croatian art of the first half of the 20th century.

XVI century
The NSK Print Collection boasts the works of three great masters of Croatian origin from the period of cinquecento: Julije Klović (1498 – 1578), Andrija Medulić (around 1510, 1515 – 1563) and Martin Rota Kolunić (around 1530 – 1538). The Collection also holds three works by Juraj Julije Klović, a Croatian miniaturist of world fame whom his contemporaries proclaimed “the Michelangelo of the miniature”. Andrija Medulić’s work is represented by fifteen etchings from the series Krist i dvanaest apostola (Christ and the Twelve Apostles), while the copper engravings by Martin Rota Kolunić confirm his status as the great master of the Renaissance printmaking and show his extraordinary artistic skill. Particularly valuable is the illustrated woodcut leaflet by Hans Schultes, depicting the dramatic events of the Battle of Sisak in 1593.

XVII century
The NSK Print Collection holds the prints which are thematically related to the people of Croatia and Croatian regions, such as the vistas of Croatian cities (their ‘portraits’ of a kind) and the portraits of the prominent men of the 16th and 17th centuries. The most famous among these prints is certainly the copper engraving of Nikola Šubić Zrinski of Szigetvár, made by the Nurnberg printer Matthias Zündt immediately after Zrinski’s death in 1566. Each of the panoramas is interesting in its own special way, both as a visual historical record subject to interpretation and as a work of graphic art. However, the thing that makes the NSK Print Collection especially attractive in terms of this specific field is the two portraits by Rembrandt van Rijn (1606 – 1669), unique in Croatian collections.

XVIII century
In the enlightening 18th century printmaking lost its artistic significance, but this was compensated for by the strengthening of its communicative, informative and illustrational role. The popularity of panoramas as motifs is paradigmatically reflected in the works of one of the most prominent printmakers Giovanni Battista Piranesi (1720 – 1778). The Collection also holds a significant series of 79 drawings by the renowned Austrian Baroque architect Johann Bernhard Fischer von Erlach (1656 – 1723), in which he presented the famous architectural structures and buildings around the world from all historical periods, including the Palace of Diocletian in Split.

XIX century
The nineteenth century introduces a new printmaking technique, i.e. lithography, a technique which – owing to the mass popularization of the visual medium – became an important vehicle for spreading new ideas and retained this role until the appearance and a more widespread use of the photograph. The significance of this new technique also lay in the artistic possibilities which it offered. And while the lithographs by the Vienna masters dealt with current political events and thus represented a kind of chronicle, a number of Croatian painters were creating lithographs focusing on the scenes from Croatia’s past – from the arrival of Croats in this area to various scenes related to great historical events. The new century was heralded by the works of the great names of the 19th century such as Sandmann, Daumier, Bukovac, Medović, Iveković and Kršnjavi.

XX century
The Collection’s assemblage of the 20thcentury drawings and prints includes the works of a large group of the most renowned Croatian painters such as Račić, Kraljević, Becić, Herman and Uzelac, then Gecan, Trepše, Rački and Hegedušić, including other great names like Šimunović, Šebalj, Lovrenčić and Kavurić-Kurtović, the leading name of the Croatian art Edo Murtić, the most inventive Croatian graphic artist Miroslav Šutej, and the great names of worldwide fame such as George Grosz, Oskar Kokoschka, Käthe Kollwitz, Max Pechstein, including the internationally celebrated Andy Warhol.

Postcards
The Print Collection houses some one hundred and fifty thousand postcards with varied motifs (mostly the motifs of Croatian cities and other localities), from those dating back to the end of the 19th century – which appeared almost at the same time as the postcards in other central European countries – to the contemporary ones. They are an authentic document of their time, as well as of the important architectural and cultural monuments, and as such represent an indispensable resource for researchers in various fields, historians and conservators, since sometimes they are the sole surviving record of how something looked like in the past.

Bookplates (ex libris)
A bookplate is a small print pasted into a book for decorative purposes and to indicate ownership. The first printed bookplates in Croatia, i.e. the bookplates of Croatian book-owners, originate in the 15th century. The use of bookplates was on the rise during the 17th century due to the setting up of private aristocratic libraries in that period, while the production of bookplates fully thrived at the beginning of the 20th century. The NSK Print Collection holds the largest Croatian assemblage of bookplates, both Croatian and European.  Especially significant items in the Collection are those from the bookplate collection of the historian and archivist Emilij Laszowski (1868 – 1949) and the collection of Ignac Hogge (1914 – 1974).

Print portfolios
A print portfolio is a bound collection of written and graphic, i.e. visual, material. Print portfolios are highly unique and stand side by side with items preserved in the most valuable library collections. Although they include textual content like most of the library holdings, they are primarily considered to belong to visual arts. The Collection holds the largest assemblage of print portfolios in Croatia, and particularly valuable among its holdings are the complete materials from the Biškupić Collection which contains over one hundred print portfolios created during a forty-year period.

Comic strip
The Print Collection holds the largest and most comprehensive collection of drawings by the painter and comics artist Andrija Maurović (1901 – 1981), one of the founders of the famous Zagreb school of comic strip. The Collection keeps over five hundred comic strip drawings by Maurović which he made in the period between 1935, when he started drawing comic strips and published Vjerenica mača (The Bride of the Sword), and 1962, when he was working on the comic strip Grička vještica (The Witch of Grič), inspired by the collection of novels by Marija Jurić Zagorka of the same name.

Posters
The substantial and varied poster collection of the NSK Print Collection containing some fifty thousand preserved posters offers an excellent perspective on all the periods of this artistic field. It is the largest such collection in Croatia and apart from works presenting national accomplishments it also includes international works of world significance. The value of these materials gives evidence that posters, apart from being important tools of mass communication, are equally significant as an authentic document of modern and contemporary culture, and therefore worthy of being collected, preserved and researched, as well as being taken as a crucial element in the awareness of one’s identity.

Reference collection
The Print Collection holds a rich assemblage of professional literature, indispensable in the serious study of materials belonging to visual arts, and new, most recently published reference works in this field and the field of architecture are constantly being added. 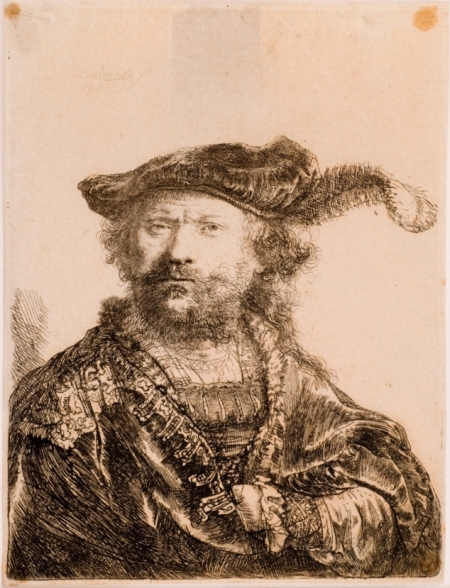