Over 200 Ukrainian titles donated to NSK

On 19 July 2022, the Director General of the National and University Library in Zagreb (NSK) Dr Ivanka Stričević received from the Ambassador of Ukraine to the Republic of Croatia His Excellency Mr Vasyl Kyrylych a generous 200-title book donation including titles in the Ukrainian language, titles by Ukrainian authors translated into Croatian and Croatian titles thematising Ukraine. Present at the delivery was also the Croatian Minister of Culture and Media Dr Nina Obuljen Koržinek, who emphasised how the Ministry fully supports this and all similar initiatives.

The donation was organised as part of a project launched two years ago by Ukraine’s First Lady Olena Zelenska aimed at making available Ukrainian books in libraries around the world (Ukrainian Bookshelf; Українська книжкова поличка). After the beginning of Russian aggression against Ukraine, the project has continued as Books Without Borders, particularly focusing on providing Ukrainian children forced to flee their homeland with books in their native language.

During the delivery, NSK Director General Dr Stričević presented the Library’s activities organised as a token of its solidarity with the people of Ukraine, including the publication of three special bibliographies and making available its services to Ukrainian refugees aged 16 years and over free of charge, in which context Ambassador Kyrylych expressed gratitude and hope for further similar initiatives.

The donated titles will be included in the Library’s collections, while the titles available in several copies will be forwarded to other libraries included in Croatia’s legal deposit system, including the library of the Croatian University of Mostar, in Bosnia and Herzegovina. 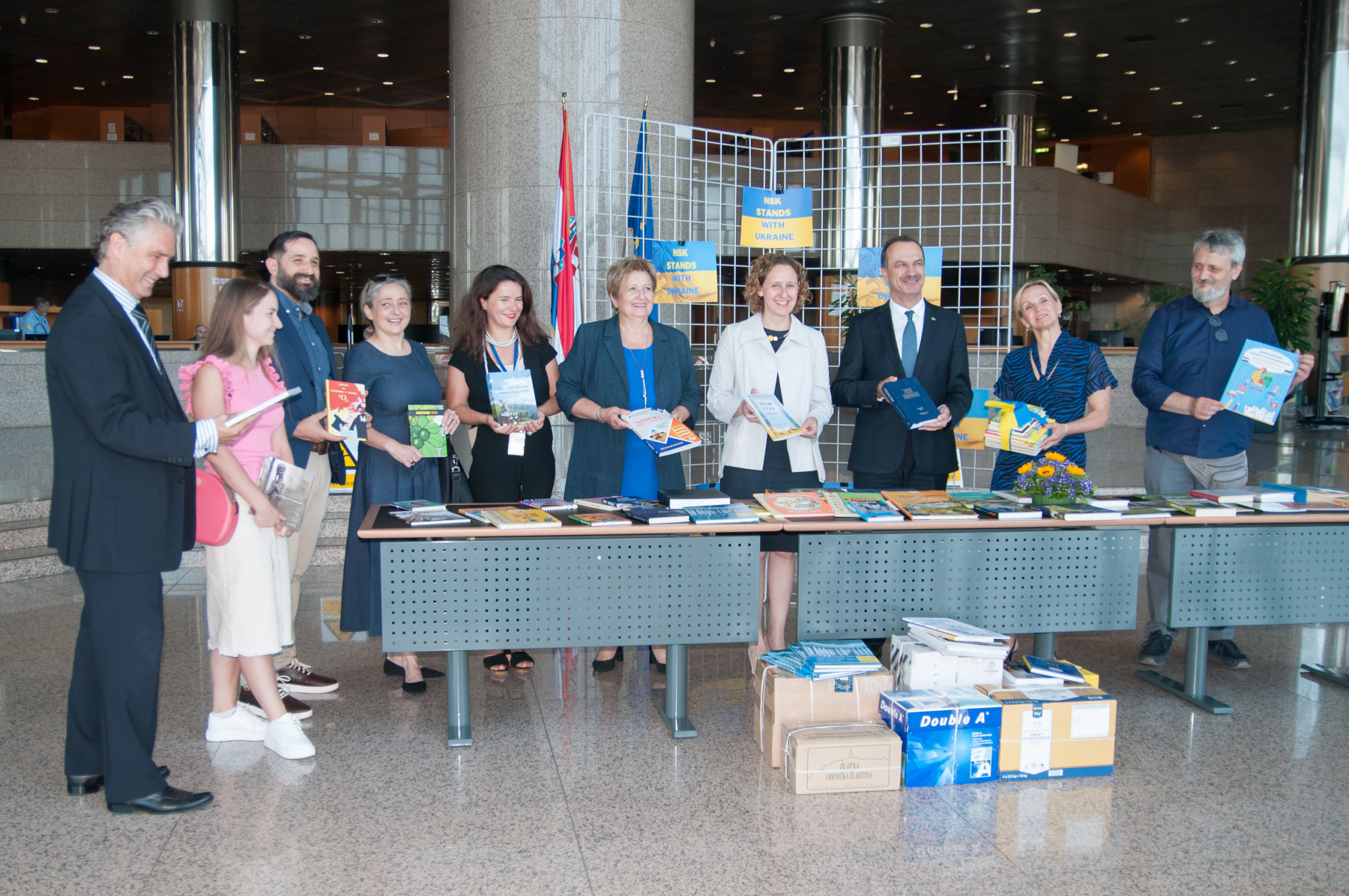