On 8 November 2019, the National and University Library in Zagreb is organising a scientific symposium to mark the 500th anniversary of the printing of a masterpiece from the legacy of the Frankapan (also Frankopan) family, a distinguished Croatian aristocratic family that profoundly influenced Croatia’s culture and political life in the period between the 15th and 18th centuries. The symposium’s programme, focusing on the so-called Frankapan Breviary (originally entitled Breviarium Romanum), will also include the presentation of two accompanying exhibitions – one will spotlight the Breviary’s cultural significance (Deutsch-römisches Brevier: 500 godina – 400 primjeraka – 1 obljetnica) and the other thematise Modruš, the region where the Frankapan family wielded its influence from, affecting both Croatia and other parts of Europe (Krstin zavičaj: Modruš).

The half-a-millennium-old Frankapan Breviary was printed in 1518, in Venice, as a result of an undertaking of Croatian nobleman Krsto I. Frankapan, during his bleak years of imprisonment in Venice (1514-1519). The symposium’s nine speakers, the representatives of prominent Croatian scientific institutions, as well as resources that will be featured as part of the accompanying exhibitions, will present the findings of research into quite extraordinary and dramatic circumstances of a five-century-old romantic, military, publishing, political and cultural-historical story underlying the Breviary’s creation.

Apart from the dramatic historical context in which it was printed, the Breviary’s artistic value is another of its many aspects attracting attention. It includes many woodcuts presenting scenes from everyday life, as well as Biblical scenes and those depicting the life of the Church. Particularly impressive among them are two woodcuts portraying Krsto and Apollonia, his beloved wife, praying together.

As an imperial military commander, Krsto I. Fankapan was famous throughout the Habsburg Monarchy, and reports of his military feats reached even King Henry VIII. However, owing to a horse-related accident, as Krsto himself states in the foreword to the Breviary, he was taken captive in a conflict with Venetians. His dear wife, Apollonia Lang von Wellenburg, the sister of the Archbishop of Salzburg and European diplomat Matthäus Lang von Wellenburg, went after him to Venice, and the two soon joined forces to publish the Breviary, whose original copy is today preserved at the Manuscripts and Old Books Collection of the National and University Library in Zagreb. The product of their costly endeavour reveals Krsto’s and Apollonia’s dual intention – apart from putting into the hands of the German-speaking royal and monastic elite an admirable prayerbook, they used it to present themselves, as a noble Christian married couple in earthly distress.

Like mythical lovers of the ancient world, Krsto and Apollonia suffered the final blow of tragedy through Apollonia’s premature death, but made their love eternal by documenting it in the Breviary. Apart from leaving a record in it of themselves as those who ordered its printing, and of their marital love and loyalty, they also left behind clear evidence of their wish to offer to women of that time, who often lacked sufficient command of Latin, understandable spiritual reading, as it is explicitly stated in the Breviary’s foreword. In addition, they wished to bring closer to them the flourishing culture of book and printing in Venice, as well as the atmosphere in which the Breviary was created. Owing to the account of intrigues, rumours and diplomatic disputes that this atmosphere abounded in, the Breviary offers a unique chronicle of the spiritual, cultural and political life in the early Cinquecento.

The symposium’s organisers are the Faculty of Humanities and Social Sciences at the University of Zagreb and National and University Library in Zagreb. 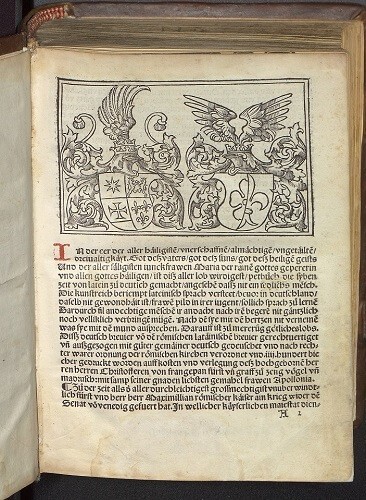