On 31 August 2020, the National and University Library in Zagreb (NSK) hosted the opening of an exhibition commemorating Dušan Karpatský (Dušan Karpatský (1935. – 2017.), znan i neznan, Dušan Karpatský známý a neznámý), the most prominent Czech specialist on the Croatian language and literature and the greatest promoter of Croatian culture in the Czech Republic. The exhibition, which will remain on view until 20 September 2020, is jointly organised by NSK, the Zagreb-based Croatian-Czech Society and the For Prague company, and supported by the Ministry of Culture of the Czech Republic and the Croatian Ministry of Culture and Media.

Authored by Andreja Stojković, a Prague-based publisher and publicist and Karpatský’s longstanding close friend and collaborator who has taken over the management of Karpatský’s legacy after his death, the exhibition features Karpatský’s works in the field of lexicography, history and literary theory, his notable translations of works by Croatian authors, journals that he edited, a varied selection of Karpatský’s photographs, acknowledgements and awards, as well as posters, manuscripts, legal documents, press clippings, letters and personal belongings. The exhibition encompasses nearly 60 years of Karpatský’s work as a translator, literary historian and editor, but also as a great mediator between two affiliated cultures – Croatian and Czech. His entire life Karpatský promoted the intercultural dialogue between the two nations not only in the field of literature but in as wide as possible a sense that culture can be taken.

Published either independently or as part of various anthologies, Karpatský’s almost 70 translations of works by Croatian writers make him the greatest translator of Croatian literature into foreign languages. He made his lifelong endeavour to publish the Czech translations of works by Miroslav Krleža (1893-1981), the greatest Croatian writer of the 20th century and one of the most distinguished Croatian writers and thinkers of all time. He published altogether 16 Krleža’s works, nine of them in the period between 1965 and 2000, and the remaining seven in 2013. Apart from being an absolute authority on the Croatian language, he called Croatia his homeland of choice.

He translated into Croatian the works of distinguished Czech authors – the poetry of Jaroslav Seifert, František Halas and Vladimír Holan, as well as the essays and philosophical treatises of Václav Havel and Jan Patočka. In 2003, he published in Zagreb an anthology of Czech poetry (Zlatna knjiga češkoga pjesništva), while in 2007 in Prague he issued a great Czech anthology of Croatian poetry (Koráb korálový), thus grandly enabling the two cultures to exchange some of their greatest literary treasures.

Karpatský was a corresponding member of the Croatian Academy of Sciences and Arts, closely cooperated with many Croatian cultural institutions and received a number of prestigious Croatian awards – in 2001 he received the Order of the Croatian Star with the Effigy of Marko Marulić, in 2002 he was presented with the annual award for the global promotion of Croatian culture, in 2008 he became the first holder of Ljudevit Jonke Prize, awarded by Matica hrvatska, one of Croatia’s oldest cultural associations, while in 2015 he was presented with Marija i Stjepan Radić Prize, awarded by the Croatian-Czech Society for outstanding contributions to the development of relations between Croatia and the Czech Republic.

The exhibition’s opening programme included addresses by the Director General of the National and University Library Dr Ivanka Stričević, President of the Croatian-Czech Society Marijan Lipovac, as well as by Karpatský’s friends and associates Professor Zlatko Šešelj and Professor Emeritus Dubravka Sesar. After the present visitors heard a recorded address by Dr Jiří Kuděla, the former Czech Ambassador to Croatia, the State Secretary at the Croatian Ministry of Culture and Media Ivica Poljičak formally opened the exhibition. The programme included the reading of Miroslav Krleža’s letters to Karpatský by artist Goran Matović.

The exhibition was first put on at the National Library of the Czech Republic on 31 January 2019. The Croatian public had the opportunity to see it in Pula, where it was presented as part of the 24th Book Fair(y) in Istria in December 2019, and later in Rijeka, at the Croatian State Archives, where it was displayed from 28 January to 28 February 2020. After its closing at the National and University Library in Zagreb, it is scheduled to visit Bjelovar and Daruvar. 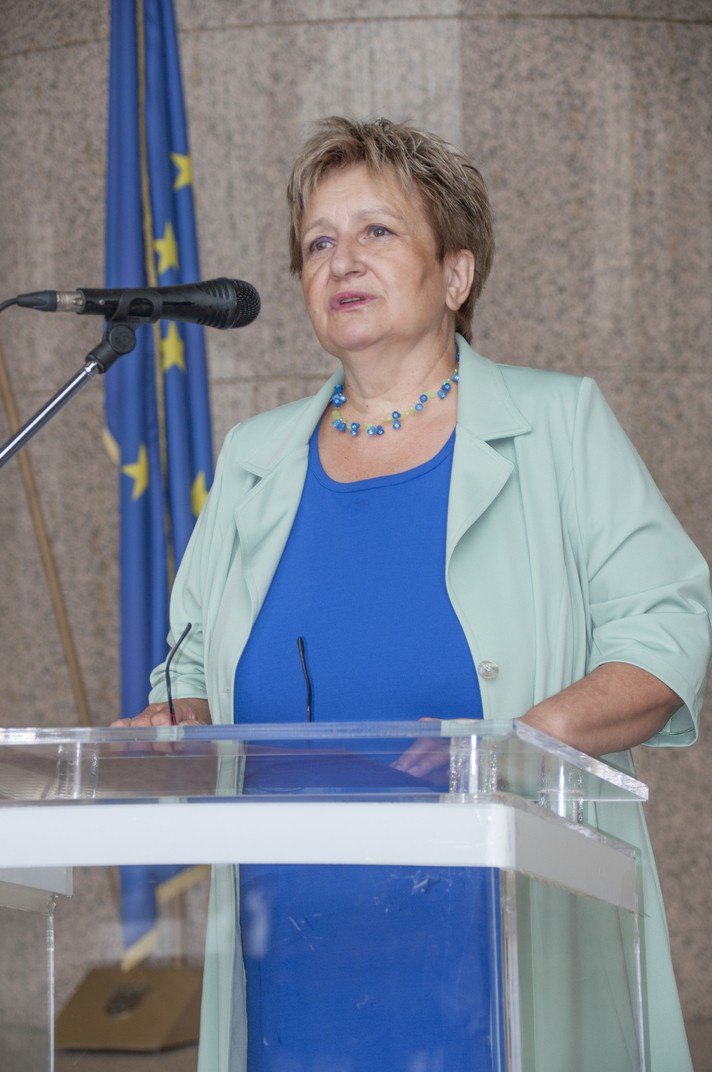