The last European Parliament elections, held in 2014, were the largest transnational elections ever held at the same time. The election outcome has a direct impact on the life of all EU citizens, and will this time determine the approach that the EU member states will take in the upcoming years on issues concerning employment, business and trade, safety, migrations and climate change.

The European Parliament and European Commission have organised several campaigns aimed at informing EU citizens on either the 2019 elections and motivating them to vote or on how the European Union affects their daily lives, such as This time I’m voting, What Europe Does for Me and #EU&ME.

Based on its 2018 partnership agreement with the European Union, the National and University Library in Zagreb established NSK European Documentation Centre, whose task is to promote and bring closer the Union’s documents and other official publications to the Library’s users and the wider public. As such, the Centre provides all information on the 2019 European elections, as well as on all other activities and the related policies of the European Union.

(Source of the featured photograph (a hand putting a ballot paper in the ballot box): http://www.europarl.europa.eu/at-your-service/en/be-heard/elections) 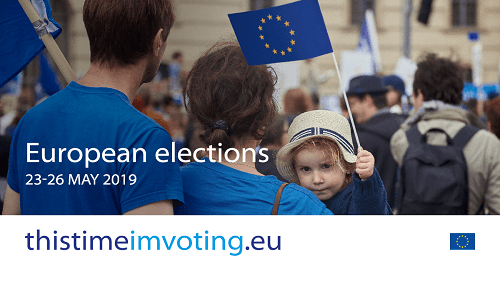