Only 28 years after the completion of the Gutenberg 42-line Bible, on 22 February 1483, the first book in the Croatian language was printed. The day of the publication of this Croatian incunabulum, a missal, “by the law of the Roman court” (Misal po zakonu rimskoga dvora, or Missale Romanum glagolitice), in combination with the year 1607, which marks the establishment of the Jesuit grammar school from which the Library evolved, is celebrated as the National and University Library in Zagreb Day. Also, the unbreakable bond between the central Croatian library guarding Croatia’s cultural heritage and the 1483 masterpiece of the Glagolitic printing tradition is visually embodied in the Library’s logotype, which represents a stylised version of the letter of the Glagolitic alphabet Iže, the transliterated Latin ‘I’, as it appears in Misal.

Since this invaluable incunabulum was the first book in Europe not printed in the Latin alphabet, its significance exceeds the boundaries of Croatia’s cultural heritage. Published on the day of the Chair of St Peter, which has been observed since the 4th century in celebration of the unity of the Church built on the apostle Peter, its place of publication and publisher have still not been established.

The missal was printed in the Glagolitic script, the alphabet of medieval Croatia, which began to be used during the 9th and 10th centuries. The style used in Misal was the so-called ‘angular’ Glagolitic, which had developed from the older, ‘round’ Glagolitic script. It is often also referred to as ‘uncial’, owing to its upright and spaced letters, whose sophistication made them particularly suited for liturgical texts.

Learn more about the celebration of the National and University Library in Zagreb Day 2022. 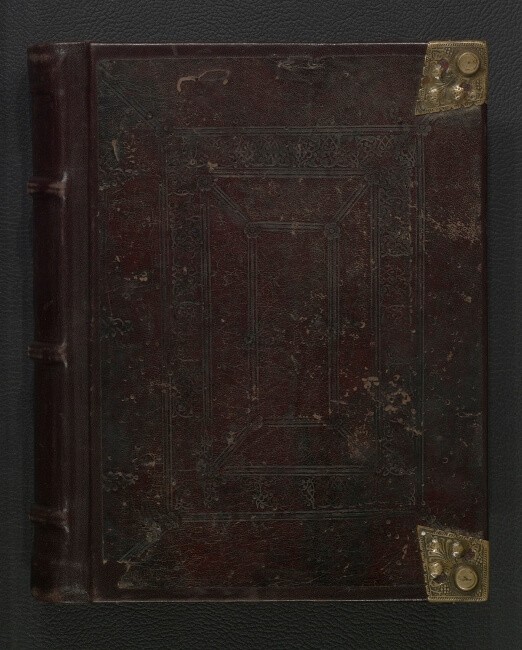