The National and University Library in Zagreb is hosting Miranda – the Roma Holocaust. Who’s afraid of the White Man?, an international touring exhibition, which opened on 29 June 2017. The exhibition, authored by Veijo Baltzar, a Roma artist based in Finland, and organised through the Library’s cooperation with the Finnish Creative Association for Arts and Culture Drom, will be on view until 31 August 2017.

The programme of the opening started with an introductory address by Director General of the National and University Library in Zagreb Tatijana Petrić, who emphasised how the Drom association managed to vividly present the historical tragedy of a still marginalised social group in an innovative way worthy of everyone’s attention and wished success to the exhibition team.

Subsequently, Veijo Baltzar, the author of the exhibition and President of Drom, delivered a lecture entitled The Holocaust in the Torrents of Multiculturalism, after which the exhibition was officially opened by Veljko Kajtazi, Member of the Croatian Parliament and Special Envoy of the President of the Republic of Croatia. The opening ceremony included performances of Roma music by the DUDA 2 quartet and the Finnish ensemble Ludvig XIV.

This touring exhibition’s “Croatian stop” is organised under the auspices of the Croatian Parliament, with the support of the Croatian Ministry of Culture and Embassy of Finland in Croatia.

Prior to the exhibition’s opening, NSK Director General and the delegation of Drom visited the Croatian Parliament, where they met with MP Kajtazi, who presented the activities of his office focusing on the integration of the members of the Roma community into the social and economic life of Croatia. 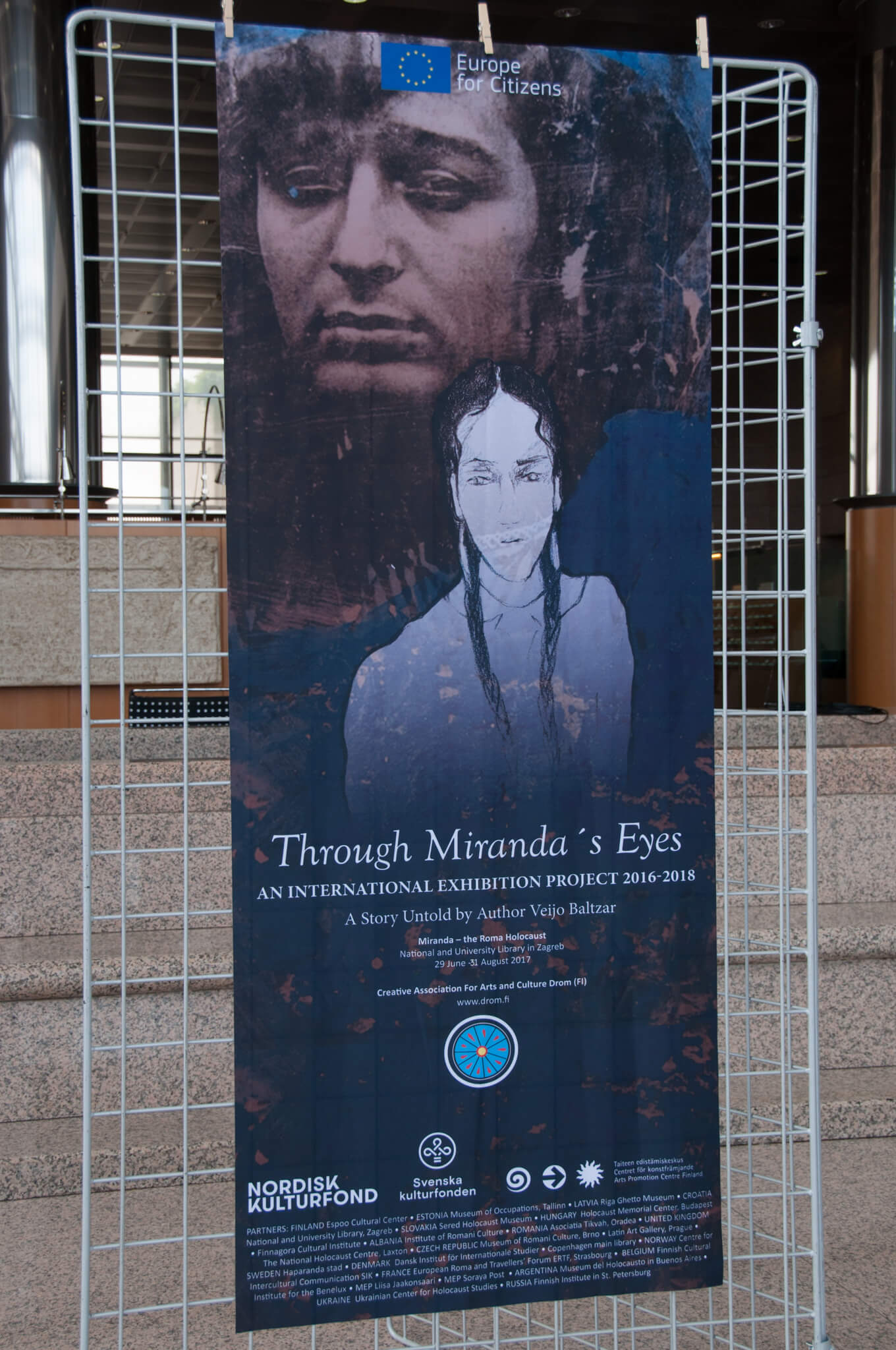