From 8 to 10 November 2018, the National and University Library in Zagreb, in cooperation with the Croatian Library Association’s Working Group for Green Libraries, organised and hosted Let’s Go Green!, the world’s first international conference on green libraries. The conference took place as part of Green Library for Green Croatia, the Library’s ongoing project, which it launched in 2016 with the aim of educating its users, the majority of which are university students, and raising awareness among the public in general, about the significance of the protection and preservation of natural resources in Croatia as a vital element of its national heritage.

The conference’s opening ceremony included addresses by the Vice Chancellor for Science, Inter-institutional and International Cooperation at the University of Zagreb Miloš Judaš, Director General of the National and University Library in Zagreb Tatijana Petrić, President of the Croatian Library Association Dijana Machala, International Cooperation Adviser at the National and University Library in Zagreb Jasenka Zajec, President of the Croatian Library Association’s Working Group for Green Libraries Ana Rubić and a member of the Let’s Go Green! conference Review Committee Mladen Domazet. The opening programme included a performance of a distinguished Croatian scenic artist Urša Raukar and the Ensemble of the Zagreb Academy of Music under the baton of Berislav Šipuš.

The members of the international library community and internationally acclaimed scientists, researchers and activists in various green fields presented the latest developments in relation to issues regarding environmental sustainability. Speakers and participants from more than 20 countries across the world exchanged their experiences and examples of good practice concerning the role of libraries in the promotion of issues surrounding environmental sustainability and viable solutions thereof.

The programme of the conference presented guidelines for the international library community with regard to the growing need for libraries to provide services and organise programmes that highlight the importance of both global and national natural heritage and contribute to the promotion and raising of public awareness in relation to issues related to the preservation of the environment and sustainable development. In addition, the conference participants exchanged insights concerning previous, current and predicted socioeconomic impact of the programmes of heritage institutions on their users, with the aim of strengthening cooperation of institutions in the heritage sector.

The conference programme included three exhibitions – Green literacy: A selection of resources in the field of ecology in the collections of the National and University Library in Zagreb, by Ana Rubić and Iva Plejić Brnčić, We are this (green) world!, by Saule Gaizauskaite, Aurimas Gaizauskas, Sandra Prpić and Ljerka Miletić, and The Fisherman’s Hands, by Robert Ravnić. Also, the conference included the awards ceremony of A Green Story for a Green Planet, a literary competition organised as part of the conference for primary school students, on which occasion the awards were presented to Milan Dudaš (Nikola Andrić Primary School, Vukovar), Neo Dolenski (III. Primary School Bjelovar), Leonard Rihtarić (Ante Kovačić Primary School, Zlatar) and Lana Relić (Petar Preradović Primary School, Pitomača).

The conference was held with the support of the International Federation of Library Associations and Institutions (IFLA) and funded by the Croatian Ministry of Culture and Ministry of Science and Education. 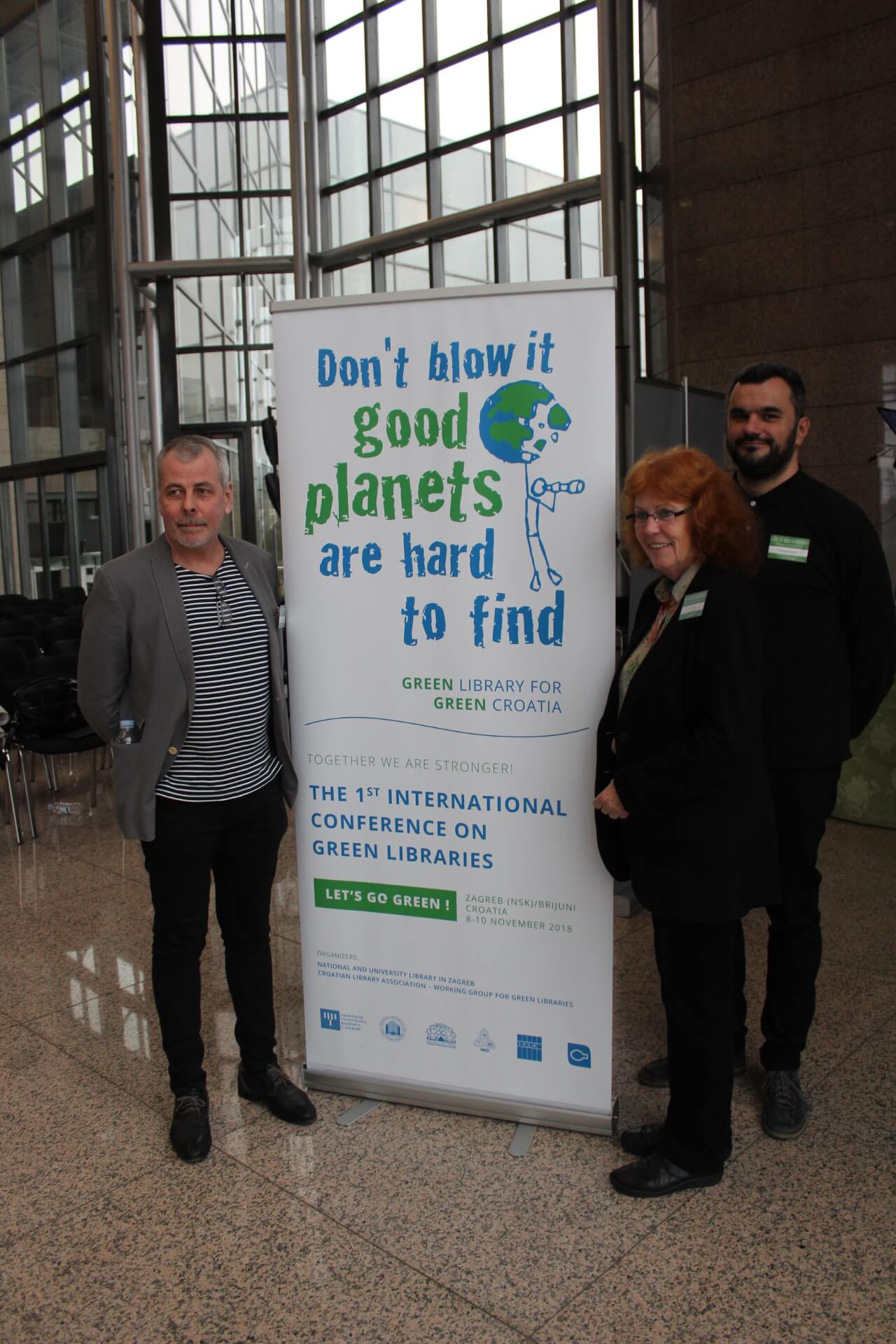