The exhibition was presented by the Head of the NSK Print Collection Tamara Ilić Olujić and the exhibition’s author Charlotte Maria Frank, also one of the members of the Collection’s staff. Frank pointed out how posters had originally usually been the work of distinguished artists, until they gradually started to be produced almost exclusively by graphic designers. In its original form, a poster, an essentially urban phenomenon and artistic form displayed on various public surfaces characterising the urban environment, was intended for passers-by, to quickly be summed up in visual terms. Apart from its artistic quality, it has always also had a communication purpose – it is a public medium announcing events, advertising and promoting products, and, in the case of film posters, operates as an explicit suggestion on how to spend one’s leisure time.

Not put on with the intention to give a comprehensive overview of film posters preserved in the Collection, the exhibition features the selected posters in order to provide a brief outline of their various technical and stylistic aspects and present interesting examples of attractive visual and artistic solutions in this medium. Images and textual content whose primary purpose was to attract onlookers to movie theatres and get their interest in particular films, today stand as examples of appealing visual solutions and source of numerous information on the history of poster art and changes in visualisation in this context, as well as on significant details making up the rich history of Croatian cinematography and its related valuable heritage.

The oldest film poster displayed as part of the exhibition dates from 1919 and is the work of Otto Antonini, who made it for the film Brišem i sudim. Other posters include Olimp kino, a cinema poster for a film theatre in Zagreb opened in 1921; Bogata nevjesta, a poster by the notable Atelier Tri and author Vladimir Mirosavljević made for a homonymous 1937 Soviet musical; Lisinski, a poster made in 1944 for the first Croatian full-length sound feature film; Ivan Grozni, Malahov Kurgan and Koncert, posters by Zvonimir Faist; VI filmski festival u Puli, a poster featuring an inventive visual solution for the 1959 edition of the famous Pula Film Festival, the oldest national film festival in the world. Perhaps the highlight of the exhibition is a poster by Pablo Picasso, who painted it in 1969 for the international distribution of Bitka na Neretvi (Battle of Neretva), a film by internationally acclaimed Montenegro-born Croatian director Veljko Bulajić, and a poster by world-famous Mirko Ilić made in 1993 for the 50th Annual Golden Globe Awards. There are also two posters by Mihajlo Arsovski, a poster by notable Croatian artist Boris Bućan made in 1976 for film screenings at the Zagreb Student Centre, and Samo jednom se ljubi, a poster by Dalibor Martinis made for a homonymous, cult film, in 1981. 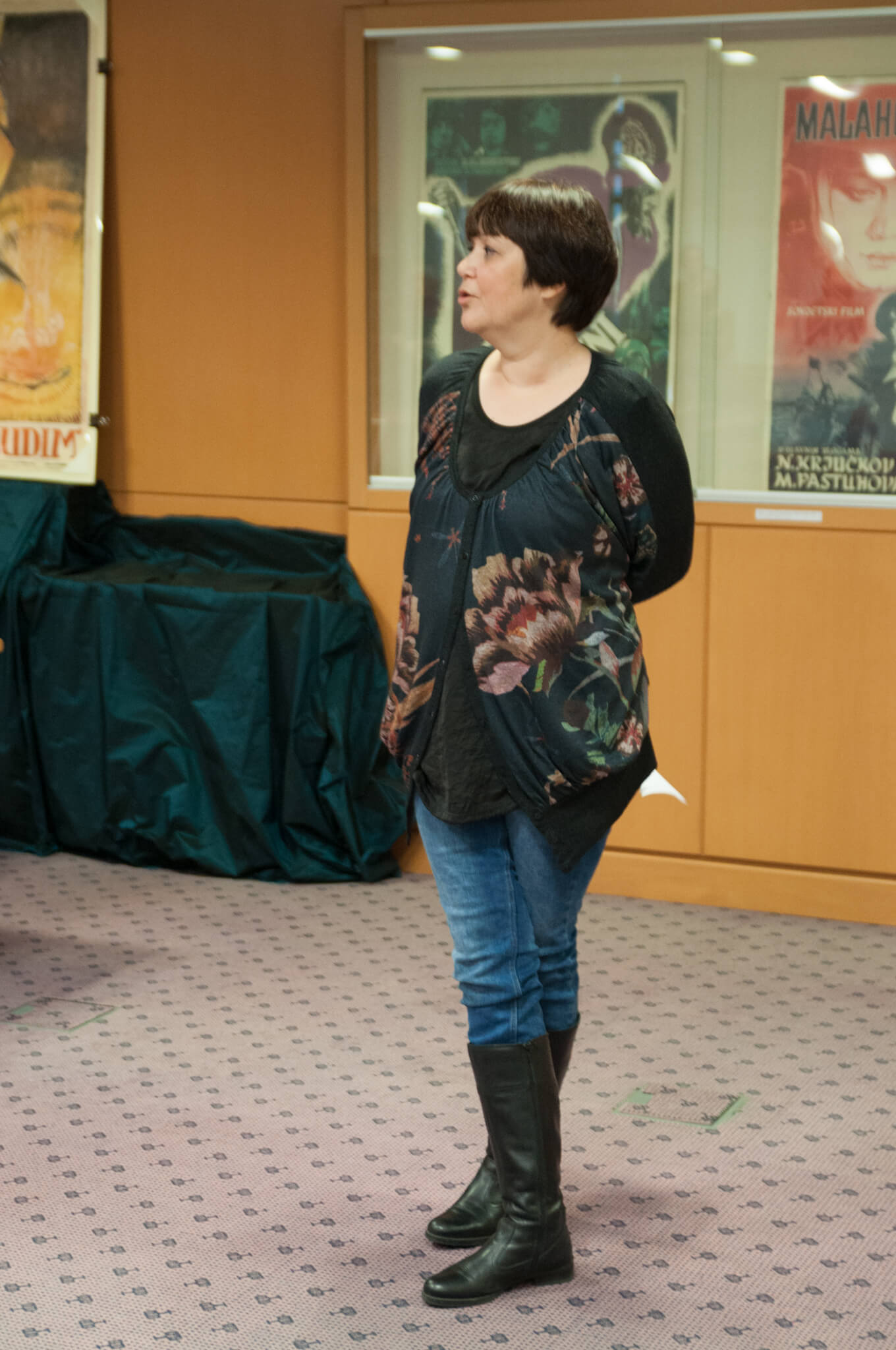 Charlotte Maria Frank, author of the latest NSK exhibition featuring a valuable selection of film posters from the Library’s Print Collection, and also one of the members of the Collection’s staff.