On 7 May 2022, starting at 18.00, the National and University Library in Zagreb will host Jo Nesbø, one of the world’s greatest crime writers. The programme, which will present Nesbø’s work and his most recently published books – The Jealousy Man and Other Stories (Sjalusimannen og andre fortellinger, 2021) and Rat Island and Other Stories (Rotteøya og andre fortellinger, 2021) – is part of the acclaimed author’s 2022 visit to Croatia, organised by the Fokus publishing company.

The novels of this world-famous Norwegian author, known for his unusual biography, have been translated into more than 50 languages and sold in over 50 million copies. Standing out among them as those that earned Nesbø global fame and various awards are the crime novels featuring detective Harry Hole. The first in the series was The Bat (Flaggermusmannen, 1997), for which Nesbø was awarded The Riverton Prize for Best Norwegian Crime Novel of the Year (1997) and also won The Glass Key Award for Best Nordic Crime Novel of the Year (1998). Apart from the Croatian translations of that opening and all other novels from the popular series – Cockroaches (Kakerlakkene, 1998), The Redbreast (Rødstrupe, 2000), Nemesis (Sorgenfri, 2002), The Devil’s Star (Marekors, 2003), The Redeemer (Frelseren, 2005), The Snowman (Snømannen, 2007), The Leopard (Panserhjerte, 2009), Phantom (Gjenferd, 2011), Police (Politi, 2013), The Thirst (Tørst, 2017) and Knife (Kniv, 2019) – available in Croatian are also other Nesbø’s works such as The Son (Sønnen, 2014), Blood on Snow (Blod på snø, 2015), Midnight Sun (Mere blod, 2015), Headhunters (Hodejegerne, 2008), Macbeth (2018) and The Kingdom (Kongeriket, 2020), including the most recently published The Jealousy Man and Other Stories (Sjalusimannen og andre fortellinger, 2021) and Rat Island and Other Stories (Rotteøya og andre fortellinger, 2021), both featuring short stories.

During Nesbø’s 2022 stay in Croatia – which he will visit for the second time and whose capital Zagreb is one of the cities in which Nesbø set one of his first novels from the famous Harry Hole series – he will also be hosted by the Museum of Croatian Archaeological Monuments (MHAS) in Split, where on 5 May 2022 he will meet his Croatian audience. 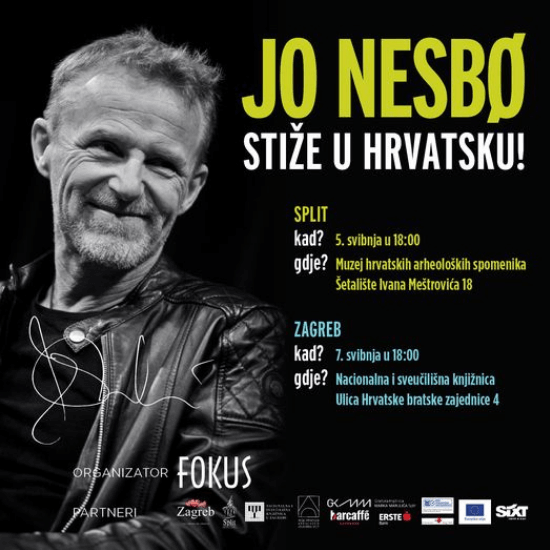 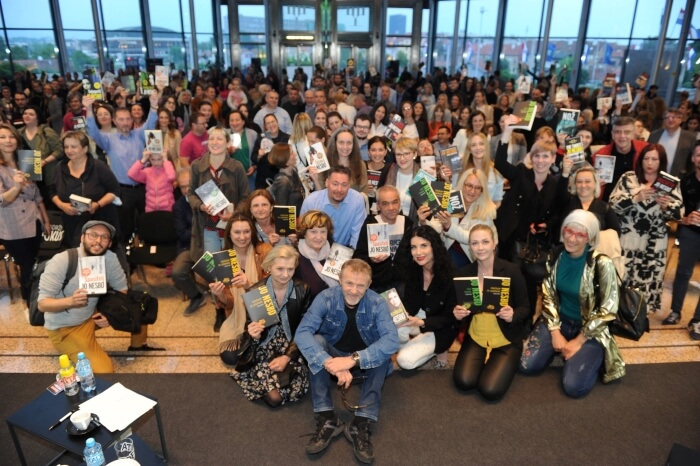 The world-famous Norwegian crime writer Jo Nesbø with his Croatian fans in Zagreb. National and University Library in Zagreb, 7 May 2022. Photo by: Martina Cvek.