On 15 and 16 July 2021, the Euro-Arab Foundation for Higher Studies (Granada, Spain) hosted the final meeting for TRACE (Traditional children’s stories for a common future), an international Erasmus+ project focusing on the popularisation of children’s literature. The representatives of the National and University Library in Zagreb (NSK), which coordinates the project, were the Library Adviser for School Libraries and Head of the TRACE project Frida Bišćan, Library Adviser at the Croatian Institute for Librarianship Karolina Holub and Senior Public Relations Adviser at the NSK Marketing and Communications Section Nela Marasović. Other meeting participants were the representatives of the project partner institutions – Petit Philosophy association (Zadar, Croatia), Josip Pupačić Primary School (Omiš, Croatia), University of the Peloponnese (Trípolis, Greece) and Creative Ideas association (Riga, Latvia).

The programme of the meeting featured analyses of the activities conducted as part of the realisation of TRACE Educational Package (iO1) and TRACE ePlatform for traditional European children’s stories (iO2). The representatives of the partner institutions presented the closing programmes held in their respective countries and approaches that they used in the project’s promotion among the wider public. NSK representatives made a presentation on how to draw up a dissemination report and demonstrated the elements it should include. Preparations for the compilation of the final project report were also discussed.

TRACE was launched on 1 September 2018, after the National and University Library in Zagreb received a €178,330.00 grant for it as part of the European Union’s Erasmus+ programme, and it runs until 31 July 2021.

The project targets teachers, educational workers and librarians working with children between the ages of 6 and 12 with the aim of getting them acquainted with traditional children’s stories from the partner countries, and thus also with these countries’ cultures. Altogether 21 traditional children’s stories have been selected and translated into English language in order to present to a wider audience the cultural heritage of Croatia, Greece, Latvia and Spain, as well as to help these countries’ young generations to exchange and thus keep alive that valuable legacy. The project also presents creative and innovative methods of using traditional children’s stories, as a valuable part of European cultural heritage, to encourage reading, critical thinking, the development of communication and social skills, promotion of moral values and research of one’s own culture among children in the targeted age group. 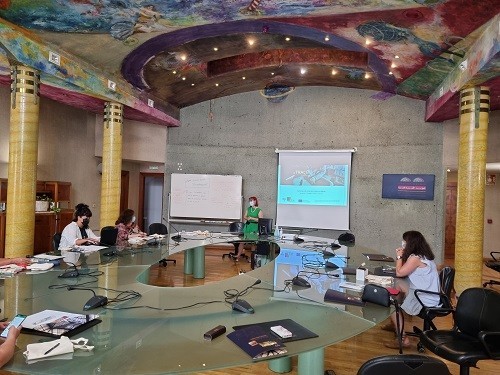