On 14 September 2021, the National and University Library in Zagreb will host the opening of Dimitrije i Dante, a special exhibition featuring the works of the world-famous painter, sculptor, graphic artist and writer Dimitrije Popović as a way of marking the 700th anniversary of the death of Dante, the ingenious author of La divina commedia (The Divine Comedy), one of the world’s greatest works of literature, and as such one of the key figures of the European medieval literature and European cultural heritage in general.

Dimitrije Popović was born on 4 March 1951 in Cetinje, Montenegro. He graduated from the Academy of Fine Arts in Zagreb, Croatia, in 1977. Among his many successful solo and joint exhibitions all across the world, those where his work appeared alongside the works of Salvador Dali, Ernst Fuchs, Victor Brauner, Dado Đurić, Leonor Fini and other notable artists particularly stand out. A holder of many awards and accolades, Popović is also the member of the Montenegrin Academy of Sciences and Arts, Doclean Academy of Sciences and Arts, Russian Academy of Literature, Slavic Academy of Literature and Art (Bulgaria), Montenegrin PEN Centre (Crnogorski PEN Centar), Croatian Writers’ Association and Croatian Writers’ Society.

The exhibition will remain on view until 29 September 2021 and its opening programme will be held in the Library’s grand lobby, starting at 12.00 PM. 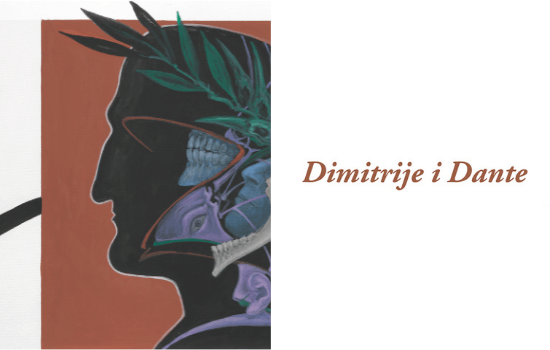