The National and University Library in Zagreb selected best designed 2019 Croatian books through a national best book design competition (Hrvatska lijepa knjiga). The selected books will enter two major book events in Europe – the international Best Book Design from all over the World competition, which is held every year as part of the Leipzig Book Fair, and the Book Art International exhibition, traditionally taking place as part of the world-famous Frankfurt Book Fair.

The national competition was organised as part of a larger, international competition, annually launched by the German Book Art Foundation (Stiftung Buchkunst) with the aim of promoting the greatest creative accomplishments of art editors, graphic artists and printers all around the world.

Out of the record-breaking 197 books that were submitted during this year’s competition, a judging panel, consisting of the Fellow of the Croatian Academy of Sciences and Arts Tonko Maroević, academic painter, graphic artist and professional cameraman Luka Gusić, academic painter and graphic artist Danijel Srdarev, and Head of the NSK Print Collection Tamara Ilić Olujić, selected the following titles, which we list here in alphabetical order:

After the international presentation of the greatest achievements in the field of book design from across the world as part of the Leipzig and Frankfurt book fairs, all selected books will be included among the holdings of the German Museum of Books and Writing, which is part of the German National Library.

The National and University Library in Zagreb congratulates the authors and publishers of the winning titles and thanks all who took part in the competition! 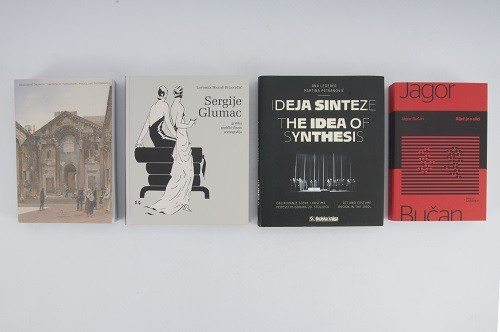