An international jury panel selected 14 best designed books in the world published in 2018 as part of Best Book Design from all over the World, an annual competition organised by the German Book Art Foundation (Stiftung Buchkunst). The competition, which this year attracted more than 600 submitted titles from 34 countries, included 28 books by the Croatian publishers selected at the Croatian national best book design competition organised by the National and University Library in Zagreb which will, together with 14 winning titles and all other titles that entered the competition, be presented to the international public as part of the homonymous exhibition at the Leipzig Book Fair. All the titles will further be featured as part of Book Art International, another prominent exhibition featuring books, which is traditionally held at the world-famous Frankfurt Book Fair.

The first prize, the prestigious Golden Letter, was this year awarded to Amsterdam Stuff (The Netherlands). Robert F. Kennedy Funeral Train – The People‘s View (The Netherlands) won the Gold Medal, the Silver Medal went to Die Kraft des Alters – Aging Pride (Austria) and Anne Frank House (The Netherlands), while the Bronze Medal was awarded to Bonjour, Monsieur, Gauguin (Czech Republic), Paris (Sweden), The Migrant (The Netherlands), Nichtsein (Germany) and Я так бачу (This Is How I See) (Ukraine). Honorary awards went to Cesare Ferronato – Anatomie des Steins (Austria), Nienasycenie spojrzenia – Insatiability of the Gaze (Poland), El Lissitzky (Russian Federation), The First (Japan) and Old Trades of Jiangsu: A Glimpse (China). After the closing of the Frankfurt Book Fair, all the winning titles will be included among the holdings of the German Museum of Books and Writing, which is part of the German National Library.

The members of the 2019 international jury panel were Ricardo Báez from Venezuela, Valeria Bonin from Switzerland, Sascha Fronczek from Germany, Simon Hessler from Sweden, and Rob van Hoesel from the Netherlands.

The Best Book Design from all over the World competition has been taking place every year since 1963 and the Frankfurt-based German Book Art Foundation (Stiftung Buchkunst) has been in charge of its organisation since 1991. Croatia has participated in it since gaining independence, with the National and University Library in Zagreb acting as the organiser of the national best book design competition (Hrvatska lijepa knjiga) since 1996. 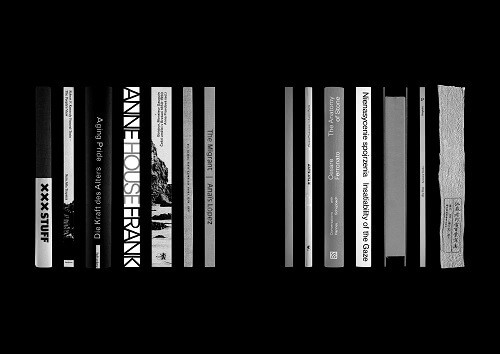 Best designed books of the world published in 2018, selected at the “Best Book Design from all over the World” competition.