The Baška Tablet (Bašćanska ploča), one of the earliest and most valuable monuments of Croatia’s entire cultural heritage, was discovered on 15 September 1851 in the small church of St. Lucy in Jurandvor near Baška, on the island of Krk. Owing to Petar Dorčić, a local clergyman, after more than seven centuries since its creation, a monument that marks the beginning of the history of the Croatian language and literature was recognised for what it is.

The inscription it bears, which probably dates from 1100, contains 13 lines of Glagolitic letters chiselled in a limestone slab, with the upper part of the tablet bearing a decoration with a pattern of vine tendrils. The script is usually considered to be the form marking the transition from the round into angular Glagolitic script and also includes several Latin and Cyrillic letters. As to its meaning, the inscription represents a grant of King Zvonimir by which the church came into possession of an estate. Its text is an exalted account of how two Benedictine abbots raised the small church of St. Lucy on the land that they received as a gift from the king.

The stone slab is 199 cm long, 99.5 cm high and 7.5 – 9 cm wide. It was originally part of the altar rail, but was later placed on the church floor, serving as a memorial stone. The islanders thus walked over it, wearing down the carved letters. Nevertheless, despite the wearing thin of the letters throughout the centuries, the inscribed text has survived to this day, and although still being the subject of scientific debates, today its content is known and agreed upon almost in its entirety.

The original tablet is preserved at the Palace of the Croatian Academy of Sciences and Arts, while the visitors of Jurandvor may see the tablet’s replica in the place of the original in St. Lucy’s church. Since 2011, the casting of the Baška Tablet may also be seen in the lobby of the National and University Library in Zagreb. 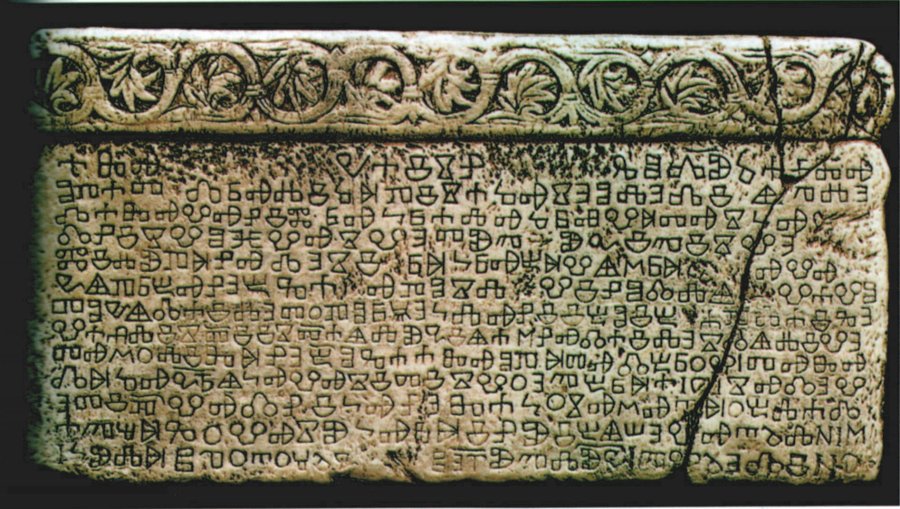 Baška Tablet (c. 1100), one of the earliest existing records in the history of the Croatian written language and literature . Source: https://www.wikipedia.org/.